Meditation And Brain Health: The Effects Of Meditation On The Brain

When I discuss Nutrition, I place special emphasis on foods which boosts brain power.

When I discuss exercise and fitness, I discuss Dr. Ratey and his book ‘Spark’ where he has placed special emphasis on why the prime benefit of working out is related to making your brain stronger and you smarter.

Now, I’ll tell you in simple words why this is so!

Your brain even though only 2% of the total mass of your body, requires 20-30% of oxygen and therefore energy. Yes, your brain is ‘oxygenoholic’. Just like people who drink a lot of alcohol are called alcoholic! More oxygen the better. How do we get more oxygen? By working out. By meditating. By doing pranayama breathing exercises.

Meditation can help you reach up to alpha/theta even gamma wavelength while you are awake. You see there are five frequency that your brain operates on.  Beta waves are between 14-40 Hz and most people stay in this wavelength during waking hours.

This brainwave is associated with logic and critical reasoning. Since the wavelength has a big range as you start to get further into this wavelength i.e. mid-range and high-range beta, stress and anxiety come along with it!

The next wavelength is alpha which is between (7.5 Hz to 14 Hz). Now, this is the wavelength that is associated with intuition, clarity of thought, peace, calmness. Your visualization process is heightened.

You are in this wavelength during the first hour of waking up and when you are doing your meditative sessions. This is also the gateway to your subconscious mind.

Theta wavelength is between 4-7.5Hz and it is very difficult to access it during normal waking hours. It can be reached with deep meditation. You enter this wavelength during REM sleep.

REM sleep is Rapid Eye Movement which is a stage where dreams are vivid and sleep is light, unlike NON-REM where there is no eye movement and it’s a dreamless stage of sleep.

I discuss sleep cycles and how to optimize your sleep in my course Certificate in Health & Wellness in case you want to delve into this topic further. It is also called the Quantum field. Organic, pure, effortless, full of unconditional love and compassion. There are zero negative emotions like fear, stress or anxiety only love and joy. This wavelength is only entered during Stages 3&4 Non-Rem sleep. In these stages, maximal growth hormone is related which rejuvenates and repairs and heal us. Let’s look at more studies.

A study was done in 2005, in Neuroreport, on experienced meditators. 1https://www.ncbi.nlm.nih.gov/pmc/articles/PMC1361002/%5C Results suggest that meditation may be associated with structural changes in areas of the brain that are important for sensory, cognitive and emotional processing. The data further suggest that meditation may impact age-related declines in cortical structure.

In a 2008 study done on Tibetan Buddhist monk, the findings suggested that advanced levels of concentration are associated with a significant decrease in emotionally reactive behaviors that are incompatible with the stability of concentration. 2https://www.ncbi.nlm.nih.gov/pmc/articles/PMC2944261/

Overall what this study on Buddhist monk suggest is that more you meditate easier it becomes to easily concentrate and maintain your focus.

It’s very similar to building muscle. Once you have gained enough muscle organically over a period of time, the work required to maintain that muscle mass becomes significantly less. This is because of muscle memory. This is similar to the fact that once you learn to drive a car, you don’t forget it.

Now, meditation also has a profound effect on gray matter in your brain.

Let me quickly explain to you what you mean by gray matter. Gray matter is a major component of the central nervous system consisting mainly of cell bodies. Gray matter is responsible for the processing power of the brain.

In a study led by Harvard-affiliated researchers at Massachusetts General Hospital (MGH) reported the results of their study, the first to document meditation-produced changes over time in the brain’s gray matter.

Magnetic resonance (MR) images were taken of the brain structure of 16 study participants two weeks before and after they took part in the eight-week Mindfulness-Based Stress Reduction Program.

The analysis of MR images found increased grey matter density in the hippocampus, known to be important for learning and memory, and in structures associated with self-awareness, compassion and introspection.

Bottom-line, with this study and many others, is the long-term meditation can affect the brain’s plasticity and this can not only increase our well-being but our overall quality of life. 3https://news.harvard.edu/gazette/story/2011/01/eight-weeks-to-a-better-brain/

Have anything to share? Let me know your thoughts in the comments section below! 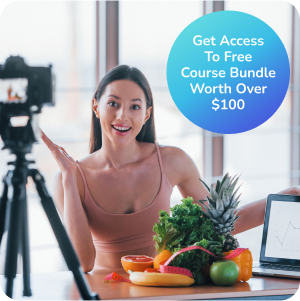